Why you should be secretive about your product before launch and still make it successful? 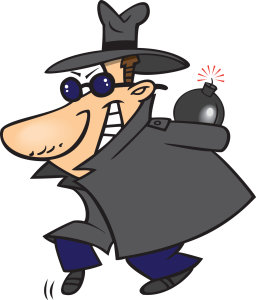 Before you launch your product, should tell everyone about it or not?

You should avoid showing your product while you are working on it because you will be exposed to your competitors. They will copy and release before you. Also, another way to find out if people will buy your product is to ask people before you launch. Because if you are making something that people don’t want, you will face a failure.

Yet, this confusion can be solved.

Find out why you should never tell everything about your product before you launch. Also, what should you do to make sure people will buy from you even if they don’t know about your product yet? So, that you can gain the advantage over your competition.

The founder of the personal computer is not known to anyone.

Adam Osbourne who created the first commercial portable computer. The weight of the personal computer was 12 kg and the cost was US$ 1,795. Interestingly, it was sized to fit under a standard aircraft seat. He moved the personal computer industry into a consumer marketplace with his innovation of all-in-one hardware-and-software packaging. By 1983, their sales reached to 100 million dollars. This is are a remarkable progress. Adam Osborne was shipping 10,000 units per month at their peak and were said to have 3 million units on backorder.

But they went bankrupt in only a year and how did it happen?

Other companies were copying what Adam Osborne has done. Compaq inherited the design and produced their first portable machine in 1983. And also few other companies started selling at a lower price. The competition grew very quickly in just one year.

Then Adam Osborne did something he thought will help him but he failed.

He started doing publicity for the second version of Osborne computer before he launched. He called the reporters of newspapers and magazine in a hotel in London and presented the computer. He thought it would generate the hype and it would help him to sell more of his Version 2 of his computer. He was going to launch officially in the next 2 months..

But the plan failed miserably.

Adam Osborne killed his own company. When dealers heard that a new better version of Osborne computers will be launching soon, they went ahead and cancelled all their preexisting orders for the current Osborne computer! And till Adam Osborn launches the version 2, other companies quickly copied the features of version 2 and successfully sold their units until Osborne delivers in the next 2-3 months. The much-hyped new model failed to appear in any quantity before the company collapsed in September 1983.

And the cash flow slowed down and Adam Osborne had to file for bankruptcy.

When we are creating our product, we are too excited to launch. And why not? We put our heart and soul into it. We are very hopeful for it’s success. We want people to know what we are going to offer. But there is always a chance that people will steal your idea.

But how are going to know if it’s going to be successful or not?

We were told that we need to announce our product’s launch in advance. We need to get the feedback first so that we can know if people are excited to buy when we launch. Many marketers create buzz way before they release their product. As a results, they create the flood of customers rushing to buy at the launch.

In this podcast, we are going to discuss two things.

As we learned earlier in this podcast episode, Adam Osborne’s idea was leaked and his company collapsed. It had huge impact on Steve Jobs.  As a result, he created a very secretive culture at Apple. Apple is notoriously known as one of the most secretive, tight-lipped companies in tech.

Secrecy is like a religion at Apple.
It has become infamous for its secrecy around new product announcements and launches. They want to surprise and delight the customers at the time of launch. They even have a very big team who make sure that information doesn’t get leaked. People are strictly not allowed to talk to each other.

People don’t even know what they are working on.
For example, people working on a 9.7 inch screen that didn’t know if they were working on a small laptop or a big phone. They realized they had been working on the iPad only when Jobs showed the product on the stage!

Apple does enormous research on what customers want.

They invest so much time and money to find out what will sell. They don’t want their competitors to know and also don’t want their customers know before they launch. Because as we said earlier, they want to surprise and delight the customers. Steve Jobs had a very strong instinct on what people will love to buy. That’s why being secretive about the product can work very well for you if you also know exactly why people buy.

But we don’t have that instinct like Steve Jobs and that can put us in trouble.

When we don’t know what will sell, we can not afford to spend months behind developing the product. It’s going to be disastrous for us. We need feedback from our potential customers in advance. Then we can have the confidence of making and selling the product. Marketers call it validation of the idea.

So, how can we find the balance?

We don’t want to crash the sales of our current product. At the same time, we also create the buzz for our future product. Let’s find out in the second part how to do it, shall we?

Bill Myers is one of the most underrated product developers.

He created many of the books on ‘How to’ topics, videos, CD or product development tools when very few people were doing. Also, people created more products using Bill’s products or software. In his over 35 years of career, he built many information products and software.

Instead, he has run a one-man shop. He built and sold dozens of products. If you see a lot of information products around, we can say that Bill was one of the first few people who started developing them. He got retired in 2021. Some of his products made over 6 figures of income. Not only that, some of his fans have bought all the products that he has made. He had a similar way of keeping things secret but still, he created buzz for his products.

He would never talk about the product before he releases them.

Nobody knows what product is he working on. But people know what is he doing? In the book ‘Offer Craft’, you will learn the element of ‘Big Problem’ while creating your marketing and sales message. It’s about finding the problem of the customers and deliver the solution. But finding a problem is not easy. You can know the big problem once you learn the system shared in the book ‘offer craft’. Go to Amazon and get the book.

Because Bill Myers was doing the same.

He would listen to what people say when he talks or writes about the problem.

And once he finds out that the customers are ready to pay the price to solve, then only he would showcase his product.  As we talked about earlier, keep the secret about the features of your product.

Don’t talk about the product.

People don’t want the product. People want the solution. Talk about the problems first. Or else you will blow up the money. You will also lose the sales of your existing product. You can know how to do it, you should read the book “Offer Craft”. You should know your customers more than they know themselves. If you can learn the psychology of your customers, you will know why they buy from you and not from others.

So, talk about the problem before you launch your product. And then only showcase your product as the solution afterwards.

Read next: People think it’s not possible to come up with innovative ideas. Still, you too can find ideas.

Find out, How to discover innovative ideas even if you are not a creative genius?