Why should you not follow the crowd illogically and how to stand out to succeed? 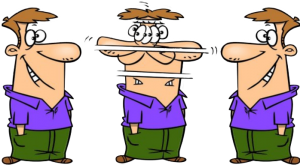 But what if we can not get escape from the illogical crowd?
In this podcast, you will know why we get pulled into the crowd even if we don’t want. By the end of this episode, you will know how can we stand out from the crowd and think independently.

History was made in May of 1869.
The first transcontinental railroad was completed in America! And it changed the country. It was a 1,912-mile (3,077 km) continuous railroad line constructed between 1863 and 1869. It connected the existing eastern U.S. rail network at Iowa state with the Pacific coast at the Oakland Long Wharf on San Francisco Bay.

It made people’s life easier.
People could travel quickly. The transportation of goods became efficient. As a result, trade and business prospered. Interestingly, due to this train, it became possible for fresh fruits and vegetables to be available in the market all year round. So, the American population on the whole became healthier.

Also, Trains made America richer.
So many companies started working with the railway grew faster so more companies got attracted in doing business with the railway industry. Companies jumped in to build railway tracks to take the chunk of big profit.

But did you know that within 25 years – by 1894 – half the companies working in the railway business had gone bankrupt?
Why were so many companies going bankrupt when the whole railway industry was growing like crazy? They built a lot more train tracks very close to each other than demand justifies – leading to multiple bankruptcies! People jumped in the business because they saw that others are making a profit so they would too.

We do similar.
We look at others and see they are doing well, so we jump in too. We look at the crowd and we join the crowd. And when we join the crowd, we take actions based on what the crowd is doing. The crowd has no brain and when there is no brain involved in decision making, we take irrational decisions and actions. It’s called the herd mentality. And herd mentality always leads to irrational actions.

So, in this podcast, we will find

In early 2020, the coronavirus pandemic hit the world.
The rate of unemployment broke all records in every country. The businesses were collapsing. Many people lost their jobs. The world became stagnant. The economy was under trouble.

And yet, we saw the stock markets rise.
Yes, on the contrary, the stock market was doing progress. It’s something that many people wonder. Why would the stock market rise when the economy is performing so poorly? To understand these phenomena, we have to first understand what happened on the 86th floor of the World Trade Tower during 9/11.

What would you do when an aeroplane has just crashed into your building?
Would you panic? Would you run for your lives? One group of colleagues on the 86th floor of one of the twin towers did neither. Instead of evacuating, the group collectively gathered in a conference room to discuss their options. All of them were terrified. And yet all of them regrouped to see what their friends were going to do.

Monkey see monkey do.
Over twenty years ago, a team of scientists, led by Giacomo Rizzolatti at the University of Parma, Italy, discovered special brain cells, called mirror neurons, in monkeys. These cells appeared to be activated both when the monkey did something itself and when the monkey simply watched another monkey do the same thing.

We copy our neighbours even in mundane tasks.
Professor Jens Krausse of Leeds University and his colleagues gathered a bunch of people in a big hall. And instructed them all to walk randomly inside the hall. But Krausse gave explicit instructions to walk a very particular path to only 5% of the participants.

And guess what happened?
The other 95% of people who were asked to walk randomly – copied and followed the 5% and everyone walked in the same path! This thoughtless copying causes all the problems. People jump in the bandwagon without realising why they are joining. As soon as they become part of the crowd, they think and act by what the crowd is doing.
Everyone in the group follows each other. There is no one to lead the crowd and everybody is leading everyone else.

This crowd mentality is causing problems in business too.
As we discussed in the beginning, we talked about the transcontinental railroad in the USA. And we discussed that the half the companies working in the railway business had gone bankrupt? The question is “Why were so many companies going bankrupt when the whole railway industry was growing like crazy?” This herd mentality of following the crowd causes all the mismatch between productivity and economy.

Technically, the economy should grow as our productivity improves.
When trains improve trade, people who build trains and tracks should prosper. But we humans copy till things reach their breaking point. We stretch things too far and too fast. The herd mentality leads to irrational actions. People build a lot more train tracks very close to each other than demand justifies. It led to multiple bankruptcies! So, don’t follow the crowd because they don’t know who is leading and everybody follows each other illogically and take silly actions. But what should we do instead?

We probably all have MCB installed in our house.
MCB means Miniature Circuit Breaker. A circuit breaker is an automatically operated electrical switch. They switch off automatically when excess current passes through the circuit. It saves from an overload or short circuit. Its basic function is to interrupt current flow after a fault is detected.

We lack the circuit breaker. We also need a switch like this.
When we are thinking like a crowd, it’s a never-ending cycle. We have been programmed to follow what others are doing. When we do something different, we get laughed at or maybe get bullied. When we want to stand out of the crowd, the crowd pulls us back in.

That’s the easy way of escaping the herd: change your environment.
We humans are not prepared to go against the crowd. Whenever we engage in social behaviour, our brains release oxytocin which makes us feel happy. Agreeing with others releases oxytocin and makes us feel warm and safe. And so, the most effective way to break the circuit and reject this oxytocin joy is to change the environment. Go somewhere where you can think and act independently without others influencing you.

When we started training and coaching, we were also influenced by what others were doing.
It made us frustrated. It made us think we were worthless. Where almost every one of my competitors was promoting themselves and their courses via paid advertisements and brutal promotional activities and PR activities, we decided to stay away and doing our work. Not only we did what we wanted to do but we also made it better and created our unique identity. Where everyone else in my industry is just delivering information and knowledge, we guarantee to teach the skill and expertise. It’s harder doing things differently but we enjoy doing it.

How did we do it?
We changed the place we work than others did. We met different sorts of people who are the clients we dreamed of. we created things that others hate doing it. You also need to change your environment. Change the people you deal with if you are not happy with them. Change the place where you can not be influenced.

But what if you can’t change your environment?
You have to be like a chameleon. Chameleons change based simply on their environment, a very clever camouflage to hide from predators. Chameleons are wonderfully biopsychosocial. It means, they change colour in response to physical, environmental and emotional needs. A chameleon has great power – it explores and changes to its surroundings. It changes colour as it moves in the world to suit the environment, and it also changes colour depending on its mood and emotions.

We can be like chameleons.
Move and explore different environments, practice the power of adjustment and change. Remember, it’s not just about your physical environment, you can move and adapt through your social and emotional environment as well. Go on, be like a chameleon.’

What if you can’t change yourself?
Then you have to do the much harder task. You have to build up your “cynical” muscle. You have to train yourself to question every assumption and every solution. You have to dig deeper which usually takes a lot more effort. This is often uncomfortable and tiring.

But it’s the only way to know when the crowd is wrong.
You need to put everything on the test. Just because everyone is doing, it doesn’t mean they are right. If everyone believes what is true, it doesn’t mean it’s true.

As we discussed in the first part, in the short term, the crowd mentality wins but they are mostly illogical. Stand out with courage and confidence. It’s painful now but you will thank yourself later.

Read next: Ever wondered how do we get tired? What if you know how to get motivated even if we feel like we can’t do more things.

Find out, How to perform better without feeling tired?