How to make sure you don’t lose your focus and concentration?

In this podcast, you will find some of the best techniques used by world champions to be focused when it really matters.
You will find them helpful. Listen to this podcast.

Matthew Emmons is known as one of the best shooters in the history of American shooting.

Across his 23-year career, the four-time Olympian has won numerous titles, including one gold, one silver and one bronze at the Olympic Games. Also, a gold and bronze medal at the World Championships.

But he might be better known for the Olympic gold medals he didn’t win than the one he did.

In 2004, at the Olympics held in Athens, he won the gold medal in shooting the rifle in 50 meters prone position. Emmons was well on his way to win another gold in the three-position rifle event – where the athletes shoot the rifle while kneeling, standing, and from a horizontal position. He was ahead by 3 points.

Then, the unthinkable happened.

He lost his focus and fired on his competitor’s target in the lane next to his! Emmons scored zero on his final shot after misfiring at another competitor’s target. He blew the three-point lead, dropped to eighth, and Emmons came in eighth!

This is just the beginning of his final shot curse at the Olympics.

Things started going ugly. He again was ready to win the gold medal in 2008 during the Olympics in Beijing. But instead of winning it with ease, Emmons lost his rhythm and shot his rifle a split second early. One second error again led to Emmons missing the gold – again! Giving away two Olympic gold medals put Emmons under a tremendous amount of pressure. He even looked for the help of psychologists to help him keep calm.

But things would only get worse.

At the London 2012 Olympics Games, Emmons reached the Olympic men’s 50m rifle three-position final for the third time. But once again, he made mistakes and had to settle for the bronze medal.

How a person who is so much experienced and really one of the best at what he does can do such mistakes?

It’s a dream of almost all sports players to play and win in the Olympics. But Emmons lost the opportunity of winning a gold medal. Not only one but three times. We work hard day in and day out. We want to make sure we also hit the target and get the rewards.

But it’s hard to focus when we really need to.

We can see that the deadline is coming closer but we can’t just sit and focus. And we struggle to do the required work. We somehow finish but we know we could’ve done better.

Many times, we just can’t concentrate and we give up.

And they keep delaying the deadline. We give up when we can’t just win. We goof up when there is the time we really need to perform with focus. We make silly mistakes after hundreds of hours of practice. It’s embarrassing and sometimes it’s heartbreaking.

So how to make sure you don’t lose your focus and concentration?

Let’s find out how can you stay not only focused but also make sure you hit your target without stress. In this podcast, we are going to discuss three things.

When Serena Williams beat her sister Venus Williams in the Wimbledon final in 2002, she was asked a question: “What was she reading when she sat down between games?”

There is a similar technique I find very helpful.

I found it from US Army Special forces. They are taught something really good to keep them sharp and focused on their work. During their gruelling 16-hour training sessions, the candidates are told to forget about the whole long day ahead. And instead, just think about focusing on the next 5 minutes. Just do the best you can for the next 5 minutes. That’s it.

I used to get distracted a lot.

I used to think too forward or backwards. Then I followed this technique of focusing on the task for the next 5 minutes. But constant mindful reminders is not enough.

Shaquille O’Neal is regarded as one of the greatest basketball players of all time.

He was 7-foot-1-inch tall and he played for six teams over his 19-year career in the NBA, National Basketball Association. He won many prestigious awards as a basketball player. But he was not good at simple free throws.

Surprisingly the technique of reminders doesn’t work for such an outstanding basketball player.

If it were, Shaquille O’Neal would not miss over 5000 free throws! Shaquille was such a dominant basketball player and became one of the highest scorers of the game. And yet, he missed almost half the free throw attempts he made! In fact, he was so bad with free throws that opposing teams made it a strategy to foul him during the ending minutes of the game! Let Shaquille take free throws because he is bound to miss them.

No amount of mindfulness or reminders helped him!

The heat of the moment just made him lose his rhythm! Concentration is not about focus. It’s about rhythm. As Shaquille found out. The more he tried to focus, the less he could concentrate. The players who have always done well with free throws are the ones who have built a natural rhythm and shoot without overthinking!

So how do you build your rhythm?

You have to let yourself lose to find your rhythm and become better at concentration. Focus outwards on external action, and not inwards on doubts. This will help you reduce anxiety. And as a result, your concentration will improve.

There is also another powerful way to build rhythm using classical music by Mozart.

Music helps with finding your rhythm. But how? Listening to soothing music activates these parts of the brain, which makes it easier to concentrate! The music of Mozart also makes you calm. Being calm is good but it’s also good to have short-term high stress. Let’s find out in the third and final part, shall we?

Michael Phelps is an American former swimmer and the most successful and most decorated Olympian of all time, with a total of 28 medals.

In the early part of this podcast, we discussed that Matthew Emmons lost his second gold medal. In the 2008 Beijing Olympics, Michael Phelps won the 10th gold medal during the 200m butterfly stroke swimming event. The wonderful part was that Phelps won even though his swimming goggles broke in the middle of the race! It means, his goggles filled up with water during the race.

Breaking of goggles would have broken the concentration of the best swimmers out there! But it didn’t even affect Phelps a little.

Didn’t slow him down even for a second. Do you know why? Because his coach Bob Bowman had deliberately broken Phelps’s goggles plenty of times during practice! Michael Phelps learned how to keep calm during adversity.

If you train yourself in a tougher environment, it will build your strength to keep focused in the tougher time in the future.

In the training environment, you can practice without anxiety. But while playing the game, your anxiety level goes up and a minor setback or accident can distract you easily from the goal. Almost everyone becomes nervous when there is showtime. The famous actors, sportspersons, motivational speakers, political leaders, dancers, singers, music artists….all of them feel anxiety at some level whenever they have to perform where people are watching and judging them.

When the audience expects them to perform well, they feel stressed.

It’s a sudden rush of anxiety. You need to manage these negative emotion. And the most effective way to deal with such performance anxiety is to train yourself in the harshest of conditions so that you don’t suffocate in the heat of the moment. Not because training in harsh conditions will improve your skills but because it will improve how you manage your emotions. That takes us to the end of the third part.

Let’s summarise what we have covered in this podcast.

We struggle to focus when it matters the most. When the time comes to perform at our peak, we lose our focus and we miss the target. In the first part, we found that constant reminders can help you concentrate.

You can extend your focus by constantly and mindfully reminding yourself what to focus on.

It is necessary for us to remind ourselves because there are not 10-20 but hundreds of things that are fighting with our brain to distract us. We have to battle with hundreds of distractions and reminders can help us well.

Then in the second part, we learned that by being calm and relaxed, we can usually perform well and get the prize.

Find your rhythm, and become better at concentration. If there is too much going on in your mind and body, you will create doubts and anxiety.

As a result, you will lose concentration.

Then in the third part, we found that the most effective way to deal with such performance anxiety is to train yourself in the harshest of conditions so that you don’t suffocate in the heat of the moment.

Read next: If anyone tells you that you are the average of 5 people you work with, It’s not always true.

Find out, How working with more successful people make you depressed and how to stay happy working with them? 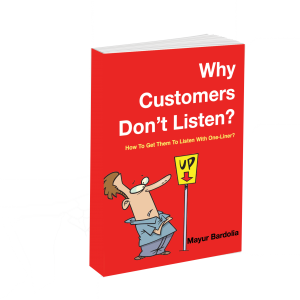